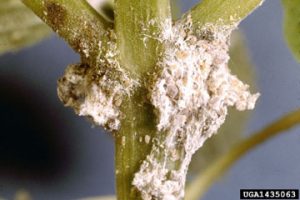 Within an IPM program, assessment is the process of determining the potential for pest populations to reach an action threshold. The art and science of this approach is what makes IPM different from other pest management strategies. The process merges biology, ecology, and economics with the results of monitoring and identification of the pests. Is a grower likely to suffer financially? Will the disease vector transmit the infection? Those are some of the questions this process is trying to forecast.

Thresholds. Before any pest control action is taken, the IPM approach considers if the pest has exceeded a pre-set threshold; the point at which the pest population or environmental condition indicates that pest control action must be taken. Thus, finding a single pest or even very low numbers of pests does not always result in taking action. Conversely, some pests in a field may be below the threshold while others are above it. Keep in mind that thresholds are crop- and pest-specific, as well as weather-related.