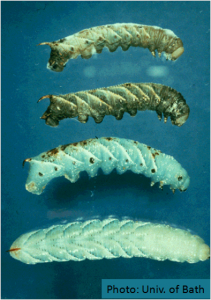 Most insect control failures are not due to resistance. Before assuming insects surviving an insecticide application are resistant, eliminate other possible causes of poor control such as:

Other reasons for failures include:

Once other possible causes of poor control have been eliminated, the following are common features that characterize sites where resistant insect populations occur:

Various commercial test kits, based on ELISA (enzyme-linked immunosorbent assay) or PCR (polymerase chain reaction) techniques can identify and characterize the level of resistance in an insect population. In the traditional, standard method, a relative susceptibility (RS) value is determined by comparing the pesticide’s lethal effects on a perceived resistant population with a susceptible laboratory colony. Increased RS values equate to potential resistance. Test methods for various insects and modes of action are available on the Insecticide Resistance Action Committee Test Methods page.